You don't have any items in your cart yet. Continue shopping.

MagTech™ is the highest quality magnesium complex on the planet featuring three types of magnesium known to have the highest absorption rates, each with unique biological effects: L-Threonate, Taurate, and Glycinate.

100% chelated and optimized with nutritionally functional amino acids, MagTech™ is the best magnesium complex on the market.

Never run out. Pause, cancel, or edit at any time.
Plus get
free stuff Membership has its perks. After your third charge you get a FREE supplement and more.

MagTech™ is the highest quality magnesium complex on the planet featuring three types of magnesium known to have the highest absorption rates, each with unique biological effects: L-Threonate, Taurate, and Glycinate.

Research suggests that the magnesium-l-threonate in MagTech™ is the only form of magnesium proven to cross the blood-brain barrier and:

100% chelated and optimized with nutritionally functional amino acids, MagTech™ is the best magnesium complex on the market.

MagTech is an innovative magnesium supplement unlike any other on the market. By including magnesium glycinate and magnesium taurate, MagTech combines the calming, sleep-promoting powers of traditional magnesium supplements and adds the breakthrough technology of the super mineral magnesium-l-threonate to elevate brain concentrations of magnesium.

This combination is something no other form of magnesium can do.

Magtein™ (the trademarked name of magnesium l-threonate in MagTech) has been shown to significantly increase the brain’s number of synaptic connections / synaptic density (see graph on the left), and enhance both short-term and long-term memory (see graph on the right).

This MIT study concluded: “Our findings suggest that an increase in brain magnesium enhances both short-term synaptic facilitation and long-term potentiation and improves learning and memory functions”.

The same double-blind, placebo-controlled human clinical trial researchers found that with MMFS-01 (magnesium-l-threonate) treatment "overall cognition improved significantly at week 6 and maintained improvement at week 12". They also concluded that it improved 'brain age' by 9 years based on "restored impaired executive function of the subjects" (age 50-70). [5]

Top neuroscientists from universities in Beijing, Texas, and Toronto found that “elevation of brain magnesium, by a novel magnesium compound [magnesium-l-threonate (MgT)], enhances synaptic plasticity in the hippocampus and learning and memory” [6]

Twelve scientists at MIT conducted a study on magnesium-L-threonate and concluded that “an increase in brain magnesium enhances both short-term synaptic facilitation and long-term potentiation and improves learning and memory functions.” [7]

Science Based Discussion on the Role of MagTein: READ MORE

Magnesium glycinate is a highly bioavailable form of magnesium and a significant source of glycine, an amino acid that promotes deep sleep and the elimination of toxins from the body.

A study on individuals with continuous complaints about the quality of their sleep concluded that "glycine ingestion significantly improved the following elements: 'fatigue', 'liveliness and preppiness', and 'clear-headedness'." [10]

When studying the effects of glycine ingestion before bedtime on volunteers who have been experiencing unsatisfactory sleep, scientists in Japan found that it "improved the volunteers' satisfaction with their sleep, the difficulty of sleep onset, and sleep efficiency" [11]

Glycine concentrations in the brain have also been shown to positively “influence learning and memory functions” in both young and old adults by facilitating memory retrieval. [12]

Magnesium taurate delivers an important amino acid, taurine to the brain and body. Magnesium and taurine have synergistic and potentiating roles.

Magnesium and taurine work together to stabilize cell membranes throughout the central nervous system and maintain neurotransmitter balance. One of taurine’s main tasks is to facilitate the passage of sodium, potassium, and magnesium ions into and out of cells for optimal neuronal activity.

Taurine is an amino acid that acts as an antioxidants and has a role in vision, cardiac health, bile production, as well as muscle growth.

A recent study on taurine's ability to support healthy cognition through the aging process concluded that taurine supplementation "significantly ameliorated the age-dependent decline in spatial memory acquisition and retention" and can "forestall the age-related decline in cognitive functions". [14]

Magnesium and glycine both have a calming effect on the brain, helping to reduce neural excitability (stress) and support healthy sleep quality. Magnesium glycinate is one of the best absorbed forms of magnesium. [3]

Magnesium Taurate is a synergistic combination of magnesium and taurate, a free-form amino acid known to calm neural activity similar to the neurotransmitter GABA, promoting relaxation. This form of magnesium supports maximum absorption in the cells and distribution throughout the body. [4]

Magnesium-l-threonate is a breakthrough super-mineral with strong evidence of supporting cognitive functions and brain health. It is the only magnesium compound that has been shown to effectively raise the brain’s magnesium levels, which leads to improved memory and cognitive functions. [1,2]

Write a Review
average rating 4.9 out of 5
Based on 233 reviews
100% of reviewers would recommend this product to a friend
233 Reviews
MJ
Mary Jo K. Reviewed by Mary Jo K., from United States
Verified Buyer

Best Magnesium on the market

I keep trying different magnesium supplements, but always come back to Natural Stacks MagTech. It is simply the best product out, and I highly recommend this to everyone! 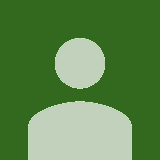 I enjoy putting the powder in my water..keeps me calm at work. And some nights, I take 1 capsule before bed.

Loading...
Was this helpful?
MA
Marla A. Reviewed by Marla A., from United States
Verified Reviewer

I have tried countless magnesium products and I have felt nothing aside from loose bowels!

This product lulled me to sleep in the best way and I will never stop using it. I purchased at sprouts in San Diego randomly and am so glad I did!

Best Magnesium Supplement on the market

This is by far the best magnesium supplement I've tried.

What makes MagTech better than other Magnesium Supplements?

MagTech™ is a magnesium complex that combines the 3 most bioavailable forms of magnesium in their science-proven doses to provide you the most potent benefits from this super mineral. It enhances brain function, aids relaxation and improves sleep quality

What is Magtech™ made out of?

When should I take my MagTech™ ?

The best way to take MagTech for optimal performance is taking 2 capsules prior to going to bed. This will help you have a deeper REM sleep, and your muscles will be able  relax during sleep.

What does elemental vs actual magnesium mean?

The supplement facts panels of dietary supplements state the amount of elemental magnesium in the product, not the weight of the entire magnesium compound.

There are many different types of magnesium compounds.  Each compound provides a different amount of elemental magnesium and varies in bio-availability (ability to be absorbed by the body).  Bio-availability is most important thing to consider when evaluating the effectiveness of a dietary supplement.

For example, Magnesium Oxide is the most dense magnesium compound available.  It contains 300 mg of elemental magnesium per 500 mg of material, but it's bio-availability is extremely poor. Studies have shown that only about 4% of its elemental magnesium is actually absorbed by the body.

Natural Stacks MagTech contains the three magnesium compounds that are known to have the highest absorbtion; Magnesium L-Threonate, Magnesium Taurate, and Magnesium Glycinate.  These compounds are not as dense as other forms of magnesium(less elemental magnesium by weight) but they are significantly more bio-available.

You can add GABA Brain Food and Prebiotic+ Resistant Starch for ultimate relaxation and sleep support.

Can Magnesium Supplements help with deficiency?

Yes. Magnesium deficiency is the second most common nutrient deficiency in developed countries. Obtaining adequate magnesium through diet alone has become difficult due in part to our highly processed, modern diets and mineral depletion in soil. Supplementation is a safe, reliable, and effective means to improve magnesium levels and overcome deficiency.

What is Magnesium L-Threonate?

Magnesium L-Threonate is a unique form of magnesium known to boost cognitive abilities including learning, memory, and brain aging.

Are there any side effects using a Magnesium Supplement?

Side effects are uncommon when supplementing magnesium at the standard dosage level. In some people, exceeding doses of 350mg might cause stomach upset, nausea, vomiting, or diarrhea.

How long does it take for Magnesium to work?

The sooner you take action to improve your magnesium levels, the sooner you'll start experiencing the mineral's benefits.

In the near term, a fully bioavailable magnesium works almost immediately after ingesting your first dose. The effects compound over time with continued magnesium use, contributing to greater overall health and wellness.

What does chelated magnesium mean?

Chelation occurs when an amino acid “grabs” and holds onto a mineral molecule, (magnesium glycinate for example glycine is the amino acid) usually making a ring formation that doesn’t break down in the digestive process.This is why chelated minerals are more bioavailable - by “surviving digestion” the minerals can get carried to your cells bound to the amino acid.

Any mineral (magnesium, zinc, etc) should always be taken in a chelated form for increased absorption and bioavailability rates. These superior chelated minerals are rare, expensive, and take a long time to produce. In fact, there are only few mineral suppliers in the world that actually make 100% reacted magnesium chelates.

Most magnesium supplements on the market that claim to contain chelated magnesium actually do not and are mis-labeled.  The problem starts with the ingredient suppliers.

The result is an unbound inorganic magnesium that is very poorly absorbed, thus causing the bowel intolerance symptoms caused by most magnesium supplements.

Albion Laboratories has been selling magnesium glycinate chelate to supplement companies that is NOT fully chelated, containing undisclosed amounts of magnesium oxide. Affected supplement brands include Bluebonnet Nutrition, Vitacost, and Nature’s Lab. So far there have been two class-action suits brought against them.

It's no surprise that Labdoor's magnesium rankings have some of the most respected magnesium products like Natural Calm scoring the worst --> https://labdoor.com/rankings/magnesium

At Natural Stacks we're changing the industry with our open-source full-label disclosure policy and meticulous ingredient sourcing. MagTech’s premium magnesium compounds are manufactured here in the United States. Each serving of contains the purest and most bioavailable forms of chelated magnesium:

AIDP has been an industry leader in functional ingredients for over 20 years and is the exclusive supplier of Magtein™. Innophos is $800 million company and is the world’s most respected supplier of chelated minerals. The Innophos Nutrition family of companies includes AMT Labs, Keletron, and Chelated Minerals International, all known for their expertise in specialty produced minerals.

The true amino acid chelate forms of magnesium found in MagTech quickly flow through the gut wall, into the bloodstream, and across the blood-brain-barrier because the body is very efficient at absorbing amino acids.  MagTech is a magnesium supplement with benefits you can truly feel; including increased relaxation, enhanced memory, and improved sleep.