Krill Oil is a natural anti-inflammatory that supports brain function and muscle growth.

It is an essential booster for all around health.Use Krill Oil to optimize the way you move, think, and feel.

Omega-3 fatty acids docosahexaenoic acid (DHA) and eicosapentaenoic acid (EPA) have been proven to support the body’s natural anti-inflammatory response, support cognitive function, and promote muscle growth. The problem is that the most common sources of EPA / DHA are fish oils that are poorly sourced and processed. Typically they’re low potency, contaminated, and/or oxidized.

Natural Stacks™ Krill Oil uses only sustainably harvested krill from the pristine Antarctic ocean. It’s immediately cold-pressed while still on board the vessel to preserve the biological benefits of the krill. Then it goes through a proprietary purification process and is lab tested to ensure that the krill oil has absolutely zero toxins, heavy metals, or other impurities.

Krill oil is superior to fish oil because the EPA and DHA omega-3 fatty acids in krill are bonded to cell-building phospholipids. This give krill oil significantly greater bio-absorption than fish oil. Also krill oil contains natural antioxidants including vitamin A, and vitamin E, and astaxanthin.

Our krill oil complex is formulated to outperform any other marine oil product on the market. We used small amount of Friend Of The Sea-certified tuna oil to increase the ratio of DHA to EPA, because DHA is the primary structural component of the brain.

DHA is essential for neurological development and function, while EPA can influence mood. They’re both anti-inflammatory and have complementary effects, but DHA appears to be more important for optimal performance because it’s the predominant fatty acid in the brain and nervous system.

Almost all wild caught fish has more DHA than EPA, yet most fish oil supplements on the market have more EPA than DHA because of their low grade sourcing techniques. Natural Stacks™ Krill Oil contains 160 mg DHA and 80 mg EPA. [1]

300 mcg of astaxanthin (7X more than most Krill Oil products)

Naturally found in krill, astaxanthin is thought to be the most powerful antioxidant found in nature. The only two main sources of this fat-soluble antioxidant are the microalgae that produce it (haematococcus pluvialis) and the sea creatures that consume the algae. It’s what gives salmon their pink color and is the driving force behind their incredible endurance.

Most krill oil products don’t say how much astaxanthin is in their product. Natural Stacks™ Krill Oil proudly offers 300mcg of the super-antioxidant in every serving.

After a 35 days experiment on healthy people, it was discovered that “Omega-3 supplementation is associated with an improvement of attentional and physiological function, particularly those involving complex cortical processing”. [4]

Krill Oil as a Natural Anti-Inflammatory

A randomized, double blind, placebo controlled study on 90 patients clearly indicated that a daily dose of krill oil “significantly inhibits inflammation and reduces arthritic symptoms within a short treatment period of 7 and 14 days”. [5]

A rodent study evaluating to the impact of krill oil on arthritis found that “mice fed the krill oil diet demonstrated lower infiltration of inflammatory cells into the joint” and suggested that “krill oil may be a useful intervention strategy against the clinical and histopathological signs of inflammatory arthritis”. [6]

In a recent double-blind crossover trial comparing krill oil with fish oil demonstrated that “the highest incorporation of EPA+DHA into plasma phospholipid was provoked by krill oil”. Researchers found an “unexpected high content of free EPA and DHA in krill oil, which might have a significant influence on the availability of EPA+DHA from krill oil”. [8]

A study comparing krill oil with fish (menhaden) oil discovered that “when expressed per mg of EPA or DHA consumed there was a trend toward a greater increase in plasma EPA and DHA with krill oil”. [9]

Write a Review
average rating 5.0 out of 5
Based on 75 reviews
100% of reviewers would recommend this product to a friend
Customer photos and videos

This is a quality product and I use it in conjunction with their curcumin product. I am an aging athlete and I believe that this is helping my joints tremendously.

I'm a big believer in the health benefits of taking high quality Krill Oil. I know I can trust what I'm getting in your supplements and you make ordering easy. I have never had any issues and always get prompt service. I love the flexibility of your auto-ship program!

Was this helpful?
M
MC Reviewed by MC, from United States
Verified Buyer 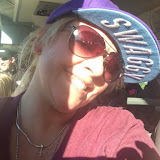 Love the way it makes me feel. Started this month I see a change already.

It's really great to hear that the Krill oil has made such an immediate impact on your day :) Thanks, Margie! This product is clean, high-quality, and my blood work is stellar since incorporating it. Thanks for making supplements honest!

Thanks Allison! We're grateful to be a part of your journey! :)