Smart Caffeine is a highly effective combination of L-theanine and Caffeine. L-theanine is a natural amino acid found in green tea that removes the undesirable side effects of caffeine, creating long-lasting energy and attention without jitters, anxiety, or a crash.

Creates a relaxed yet alert state that is ideal for focusing and thinking clearly.

01/ Caffeine and L-Theanine for Clean Energy and No Crash

Smart Caffeine is a highly effective combination of L-theanine and Caffeine. L-theanine is a natural amino acid found in green tea that removes the undesirable side effects of caffeine, creating long-lasting energy and attention without jitters, anxiety, or a crash.

Smart Caffeine creates a relaxed yet alert state that is ideal for focusing and thinking clearly.

Smart Caffeine is a natural nootropic stack made from coffee and green tea to support a relaxed but alert state that is ideal for productive, focused activity - mental or physical.

The energy and motivation from the Caffeine is harnessed and smoothed over with L-theanine. The result is a focused energy state with improved cognitive function [14] that’s perfect for creative or analytical work. Best of all, there’s no jitters, no crash and no anxious feelings. [15]

Thousands of people use Smart Caffeine every day as a study aid, pre-workout, energy drink replacement or whenever they need a lift.

There have been many recent clinical trials conducted by various organizations proving that the combination of L-Theanine and Caffeine in our same 2:1 ratio increases the ability to focus without the over stimulating effects of Caffeine alone:

A recent study from The Netherlands confirmed that "The combination of L-Theanine and Caffeine improves the cognitive performance and increases subject alertness." and that the combination "helps to focus attention during a demanding cognitive task." [1]

The Cognitive Neurophysiology Laboratory in New York conducted testing for 4 days on volunteers from the age of 21 and 40 and found that L-Theanine and Caffeine in combination positively affect human cognition and caused measurable increases in alpha brain waves - the brain waves associated with alertness. [2]

A UK-based study published in Nutritional Neuroscience found that the combination of L-Theanine and caffeine improved both speed and accuracy of performance when switching between tasks (multi-tasking) and reduced susceptibility to distractions during a memory task. The researchers summarized: "These results replicate previous evidence which suggests that L-Theanine and caffeine in combination are beneficial for improving performance on cognitively demanding tasks." [3]

A review of multiple studies published by the School of Psychology in Australia concluded that "L-theanine may interact with caffeine to enhance performance in terms of attention switching and the ability to ignore distraction; this is likely to be reflective of higher-level cognitive activity." [5]

New research from Korea has shown the amino acid L-Theanine (commonly found in tea) inhibits the excitatory effects of caffeine (you'll be less jittery) and "low doses of L-theanine can partially reverse caffeine-induced reductions in Slow Wave Sleep (the transition from wakefulness to sleep); however, effects of L-theanine on caffeine-induced insomnia do not appear to increase dose-dependently."

Another study from neuroscience labs here in the US found that L-Theanine in combination with caffeine had positive effects on both tonic (background) and phasic (event-related) cognition.

Write a Review
average rating 4.8 out of 5
Based on 177 reviews
100% of reviewers would recommend this product to a friend
Customer photos and videos

Smart Caffeine is Great! No Jitters

I love the “non jittery” energy it gives me all day! 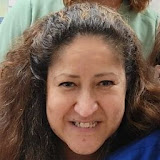 This product is good, I like that it's natural. I don't drink coffee (it upsets my stomach). Using very strong black tea sometimes helps me, but it was getting to the point where I was relying completely on Extra Strength 5-Hour Energy to get through my day. I was going through a bottle a day, which adds up to around $100/month! Yikes! I am very happy with the Smart Caffeine supplement...I take it as soon as I wake up in the morning, and it gives me long-lasting quiet energy. I only rarely have to take more than one a day. Not only am I able to be more focused and productive, but I'm saving a boatload of money as well. Very grateful for this product! My favorite nootropic by far. Very convenient if you need an energy boost.

Thanks, Thijs! Sustained energy without the jitters! It's great when paired with CILTEP for the ultimate nootropic stack!

Helps me to concentrate and be more alert.

Thats great, Tellisa! Clean energy from caffeine without the "jitters" is essential for concentration.