Use CILTEP to remain sharply motivated and focused for hours.

On those long days where you normally hit a wall. Use CILTEP to power through and remain engaged all day long.

You can think clearly now the fog is gone!

CILTEP removes brain fog leaving you clear to communicate to anyone with ease.

CILTEP is designed to induce long-term potentiation in the brain which is crucial to the formation of new memories.

CILTEP® is a natural formula designed to safely enhance the brain's ability to form vivid, long-lasting memories and remain sharply motivated and focused for hours.

Brain Fog is the worst! We all have those moments where it's just impossible to focus, or when the one thing we were thinking of is just stuck at the tip of the tongue!

As we get older these things tend to get worse, but the good news is they don't have to.

There's a reason why thousands of entrepreneurs, doctors, firefighters and students around the world are using CILTEP® to boost their focus, motivation and memory.

CILTEP® is a natural supplement that can help you achieve a higher state of focus and concentration with enhanced memory formation.

The formula is designed to induce long-term potentiation (LTP) in the brain.

LTP is a crucial mechanism involved in the formation of new memories and the strengthening of neural synapses.

The formula works by:

Developed by Abelard Research, the CILTEP® Formula is a protected by United States Patent and Trademark Office US9149457B2.

PDE4 is an enzyme that breaks down cAMP molecules, messenger systems that relay signals in the brain.

Inhibition of PDE4 blocks the breakdown of cAMP, and thereby increases levels of cAMP within brain cells.

This has been shown to lead to increased cognition, improved long term memory, increased wakefulness, and neuroprotection. [3,4,5,6,7,8]

There have been several natural PDE4 inhibitors identified in herbal preparations including luteolin, which is present in artichoke extract. It also inhibits PDE 1 through 5 which have both shown beneficial activity with regards to synaptic plasticity. [1,2]

The herb Forskolin (active compound extracted from the root of the Coleus Forskohlii plant) has been shown to naturally increase cAMP levels.

It activates the enzyme adenylyl cyclase which then increases intracellular levels of cAMP. [10]

CILTEP features premium Coleus Forskohlii standardized for 20% Forskolin. There are 4 mg of Forskolin in each serving of CILTEP.

It definitely helped me get through the long days and stay focused all the way through. I've noticed a remarkable difference in my ability to spend hours at a table without a break in concentration. This product really works.

My wife set up a blind study for me because I got my hand on some CILTEP… We did a blind test… Out of these 20 trials that I did in these 10 days, my four fastest ones were all on CILTEP.

I have noticed I sleep much better when I take 2 capsules in the morning. I also notice that my mind feel much sharper. I will continue to order. Thank you.

My thinking is much more clearer now that I'm taking Ciltep. Goodbye brain fog! My brain processing speed seems to be much faster as well.

Artichoke extract contains Luteolin, a natural inhibitor of PDE4 [1,2]. PDE4 is an enzyme that breaks down cAMP molecules, messenger systems that relay signals in the brain. Studies have correlated lower levels of the enzyme PDE4 to significant increases in normal mental performance, including increased cognition [3], improved long term memory [4], increased wakefulness [5], and neuroprotection. [6,7,8]

Forskolin is derived from the plant Coleus forskohlii which has been widely used in traditional Ayurvedic medicine [9]. It has also has been extensively studied due to it’s ability to increase levels of intracellular cAMP molecules [10]. Combined with Luteolin from Artichoke Extract, forskolin is theorized to synergistically increase the duration of cAMP in neurons.

Acetyl-L-Carnitine, or ALCAR, is an acetylated form of the amino acid L-Carnitine that has been shown to cross the blood brain barrier. [14]. Known for its roles in energy metabolism and mitochondrial protection, the addition of ALCAR to the CILTEP formula helps combat feelings of brain fog and fatigue. [15,16]

An essential building block for the neurotransmitter dopamine, L-Phenylalanine is an essential amino acid that can be found in protein-rich foods like meat, eggs, spinach and other leafy greens. [12,13]

Vitamin B6 is an essential vitamin and an important enzymatic cofactor in normal metabolic and psychological function. [11] CILTEP features the metabolically active form of Vitamin B6 for optimal bioavailability (Pyridoxal-5-Phosphate).

Read More About Vitamin B6

Take 1-3 capsules in the morning immediately upon waking on an empty stomach, or as directed by a healthcare practitioner. Do not take more than 3 capsules per day.

Some users find that a moderate dose of caffeine in the morning and/or early afternoon extends and optimizes results (We recommend SMART CAFFEINE®).

CILTEP® can be taken daily, however we advise taking 1-2 days off per week (weekends for example).

Learn About Our Commitment To Transparency

See where we get our ingredients.

See EXACTLY what's in each bottle.

Write a Review
average rating 4.7 out of 5
Based on 575 ratings
98% of reviewers would recommend this product to a friend
427 Reviews
DW
Diana W. Reviewed by Diana W., from United States
Verified Buyer
I recommend this product
My Age
45 - 54
My Regular Dosage
2 Capsules
I Use CILTEP For
My Results
Rated 5 out of 5

Primarily I was looking for a brain fog reducer as I struggle with that daily. Ciltep removes brain fog completely. I weigh 150lbs and I can take 2 caps and I'm able to engage for much longer than before because I'm able to follow the conversation and retain it. It's like it was before I got sick, it feels amazing. My main concern is saturation and proper dosage. Should it be cycled? I tried 3 caps and think it works better, almost eerie how well I can focus my attention and maintain it. But I like 2 better.

Was this helpful?
V
VS Reviewed by VS, from United States
Verified Buyer
I recommend this product
My Age
55 - 64
I Use CILTEP For
My Results
Rated 5 out of 5

Best Nootropic ever! I have tried several and nothing else compares- this will give you the drive and mental focus that you require! I adjust my capsules depending on my day activities.

We agree, Vicki! CILTEP is the one and only, can't beat it! 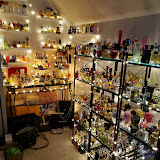 Erica C. Reviewed by Erica C., from United States
Verified Buyer
I recommend this product
My Age
45 - 54
My Regular Dosage
2 Capsules
I Use CILTEP For
My Results
Rated 5 out of 5

The first thing I want to see in the morning! As soon as my eyes open and my feet hit the floor, I down two of these mybday is on! Awake and focus completing my morning task. Love Ciltep!

Was this helpful?
DM
Dylan M. Reviewed by Dylan M., from United States
Verified Buyer
I recommend this product
My Age
25 - 34
My Regular Dosage
2 Capsules
I Use CILTEP For
My Results
Rated 5 out of 5

Take your mind to the next level Steven B. Reviewed by Steven B., from Canada
Verified Buyer
I recommend this product
My Age
35 - 44
My Regular Dosage
2 Capsules
I Use CILTEP For
My Results
Rated 5 out of 5

I have no idea what exactly Ciltep is doing but it is working, my brain is feeling very good and I feel much more alert and have an increased amount energy, which helps me in my family life and my work life. Sometimes I sit back and think to myself about how great I’m feeling, you tend not to take note when things are going well, but just a short time ago I had extremely painful head aches on a daily basis and now nothing, truly amazing for me.

When should I take CILTEP®?

We suggest taking CILTEP first thing in the morning on days that include demanding cognitive tasks. Take it on an empty stomach and 20-30 minutes later, you eat breakfast or - our favorite, have some bulletproof coffee for an extra spark.

How does CILTEP work and what will I feel?

CILTEP increases focus and potentiates long-term memory but doesn't rely on neurotransmitter manipulation to elicit this benefit. Because CILTEP is not a stimulant and it doesn’t directly impact our neurotransmitters, the “feel” is very subtle.

What you notice most is that time seems to slow, distractions fade away (increased focus), and you have a strong desire to learn/read/work.

The more mentally demanding the task, the more CILTEP shines.

Many users prefer to “stack” or combine CILTEP with one of our Brain Food products. The Brain Food line is designed to give individuals the tools needed to optimize whatever neurotransmitter they may need to moderate on any given day or at any given time.

CILTEP is a natural nutritional supplement designed for improving and maintaining brain performance. It's theorized to improve learning and memory in the brain by supporting and optimizing levels of intracellular secondary messengers.

Are there any side effects?

There are no known side effects if used as directed. For that reason, thousands of people have chosen all-natural CILTEP as their preferred nootropic stack.

Do I have to cycle CILTEP?

We recommend to cycle off of it once a week but it’s not required.

No, CILTEP should only be taken once you’re 18 years old.

When is the best time to take CILTEP?

Upon waking is the most desirable time to take CILTEP. Some people do enjoy taking CILTEP later in the day, but we recommend avoiding use in the afternoon / evening to maintain optimal sleep.

What makes CILTEP better / different than other smart drugs?

CILTEP uses a simple, all-natural formula that works by increasing the number of messenger systems inside of your brain cells. This enables neurons to quickly communicate with each other and retain information. It makes you more engaged and efficient at whatever mental task you might be doing.

CILTEP enhances your mental capacity without relying on altering neurotransmitter levels. It acts inside of the cell to naturally strengthen connections between neurons, promoting improved learning, memory, and cognitive function.

Natural formulas to aid the body’s own production of critical neurotransmitters.

*These statements have not been evaluated by the Food and Drug Administration. This product is not intended to diagnose, treat, cure or prevent any disease.