Prebiotic+™ features a blend of natural prebiotics to encourage the growth of beneficial bacteria (such as bifidobacteria and lactobacilli).

Research suggests that the compounds in Prebiotic+™ can improve gut and overall health.

01/ Prebiotic+ For Digestive Health and Metabolism

Prebiotic+™ features a blend of natural prebiotics to encourage the growth of beneficial bacteria (such as bifidobacteria and lactobacilli). Research suggests that the compounds in Prebiotic+™ can improve gut and overall health.

The benefits may include optimal digestion, increased metabolism, and deeper sleep.†

Pro-biotics are the “good bacteria” that comprise our gut microbiome and are part of a healthy, fully-functioning digestive system.

Pre-biotics are a class of indigestible starchy plant fibers that promote gut and overall health by encouraging the growth of “friendly” gut flora (such as bifidobacteria and lactobacilli). Resistant starches “resist” digestion and pass through the digestive system largely intact until they reach the large intestine (the colon).

In 2004, Nutrition & Metabolism found that “replacement of 5.4% of total dietary carbohydrate with RS significantly increased post­prandial lipid oxidation and therefore could decrease fat accumulation in the long-­term.” [1]

The American Journal for Clinical Nutrition found in 2005 that “dietary supplementation with resistant starch has the potential to improve insulin sensitivity.” [2]

The American Physiological Society found that “interactions between RS and the colonic microflora appear to be of benefit to the host in the short and long term. ” [3]

The results of a study from 2015 published in The International Journal of Environmental Research and Public Health showed that a single dose of resistant starch from green banana flour not only improved the glucose response after a meal in both lean and overweight individuals, but it improved glucose and insulin levels for 48 hours [4].

In 2009, the Journal of Physiology and Biochemistry found that Inulin FOS contributes to a wide range of health improvements: “FOS have important beneficial physiological effects such as low carcinogenicity, a prebiotic effect, improved mineral absorption and decreased levels of serum cholesterol.” [5]

Inulin­FOS can also improve the pH balance of the digestive system, by creating greater levels of the short chain fatty acid butyrate, according to a paper in the Journal of Human Nutrition and Dietetics: “Butyrate concentrations were higher in patients receiving the FOS/fibre ­enriched formula compared to standard formula” [7]

Cinnamon has been researched extensively over the years and is well known for its anti­inflammatory properties. In 2012, The Journal of Traditional Complementary Medicine published research that found that “after chemical profiling of cinnamon's components, their biological activities including antimicrobial, antiviral, antioxidant, antitumor, anti-hypertension, antilipemic, antidiabetes, gastroprotective and immunomodulatory were reported by many investigators.” [11]

The European Journal of Clinical Investigation noted in 2006 that in people suffering from type 2 diabetes, “subjects with a higher initial plasma glucose level may benefit more from cinnamon intake… The cinnamon extract seems to have a moderate effect in reducing fasting plasma glucose concentrations in diabetic patients with poor glycemic control.” [12]

According to research published in The Proceedings of Nutrition Society’s 2008 publication, “Subjects with the metabolic syndrome who consume an aqueous extract of cinnamon have been shown to have improved fasting blood glucose, systolic blood pressure, percentage body fat and increased lean body mass.” [13

With the highest concentration of resistant starch out of any other food-based source, unmodified potato starch in Prebiotic+ is made from premium grade high starch European potatoes by a gentle water and filtration process.

Milled in the United States, our banana flour is made from the pulp of unripe bananas before the sugar content has developed. Raw green banana flour is extremely nutrient dense: it’s high in potassium, vitamins, minerals, and resistant starch.

Naturally found in many different vegetables, InulinFOS consists of short and long chains of fructose molecules that stimulate the growth of beneficial flora in the digestive tract, support digestive health and normalize blood glucose response after a meal. Prebiotic+ features InulinFOS from GMO-free chicory grown in Europe.

Mix with 4-6 oz of cold water or into your favorite smoothie. Start by taking 1 tablespoon per day for 1 week then increase to 2 tablespoons per day, preferably in the evening.

California Prop 65 Warning: Consuming this product can expose you to chemicals including arsenic (inorganic), cadmium, lead, nickel, and/or mercury, which are known to the State of California to cause cancer and birth defects or other reproductive harm. Learn more

Write a Review
average rating 4.9 out of 5
Based on 79 reviews
100% of reviewers would recommend this product to a friend
Customer photos and videos 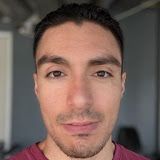 This prebiotic formula is effective and gentle. It helps me get a deeper sleep and is a must when taking probiotics.

I’ve been taking the BrainBiotic brain heath probiotics along with the prebiotic for a few weeks now. I’ve noticed a substantial increase in brain productivity for myself. I always procrastinate because I can only get my brain to function with the adrenaline of last minute work. However, I’ve noticed that taking these (along with ciltep) I’ve been able to really focus and control my mind better and sitting down to think and work. It’s nice having a clear mind and not feeling foggy all the time.

I also am always getting sick from foods and I’ve not had one issue digesting these! 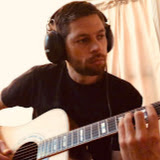 Essential part of my diet.

Due to severe gut issues, I've tried a few different products like this. Some of them are double the price of this one, so between the price, and the quality of the product, this is the clear winner. I put it in my protein shake every day for overall gut health, and have seen great results.

Loading...
Was this helpful?
CB
Cynthia B. Reviewed by Cynthia B., from United States
Verified Buyer

Product works great, keeps the inside running great,! I mix it in my morning shake!

Liked the taste and consistancy of this product!

This is a fabulous product for helping to restore gut microbes. Thank you so much.